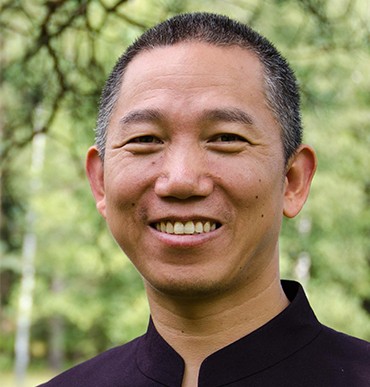 Master Liu began studying a traditional form of qigong at the age of 8, and then later learned Zhineng Qigong. For the last 20 years he has been practicing Zhineng Qigong, and was a teacher at the Hua Xia Qigong Center, also known as the Medicine-less Hospital, for 10 years. He has also taught in Tibet and Sweden.

Recommended, certified teachers in the world

The teachers listed below have completed the Teacher Training Program in Zhineng Qigong,
Level I & II according to the Theories and Methods Founded by Grandmaster Pang Ming.
Instruction and Certification by Master Liu Yuantong & Master Feng Guangde
of the Tai Ji Healing Center in Meishan, Sichuan, China